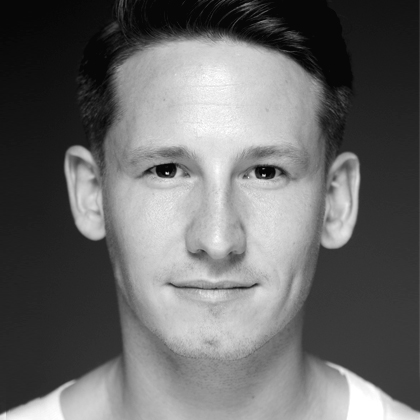 Musical Theatre – Dirty Dancing, Hairspray, We Will Rock You, Britain’s Got Talent, Spooks

Some of his Film/TV credits include: dancing on Britain’s Got Talent 2013, the launch of Xfactor 2012, the opening of the Wimbledon Olympics 2012, the Paul O’grady show, John Barrowman’s Tonight’s the Night, and Children in Need. Acting includes Genie of the house for Nickelodeon, and Spooks Code 9 for BBC. Dancing in the musical film See you soon and Dance party 2 DVD for Universal.

He has also done advertising campaigns for Polaroid, and Foxes live, Wild in the City for Channel 4, and has appeared in various music videos, including “Out of Office” and Duffy’s “well well well”. He also works regularly for the government and military helping in their training, through acting.

Whilst managing the above shows as Dance Captain James has also taught and choreographed for many schools and professional colleges both at home and abroad. James has been employed a number of times to choreograph and direct shows for schools in Bangkok, Malaysia and Jakarta throughout the international school system in South East Asia.