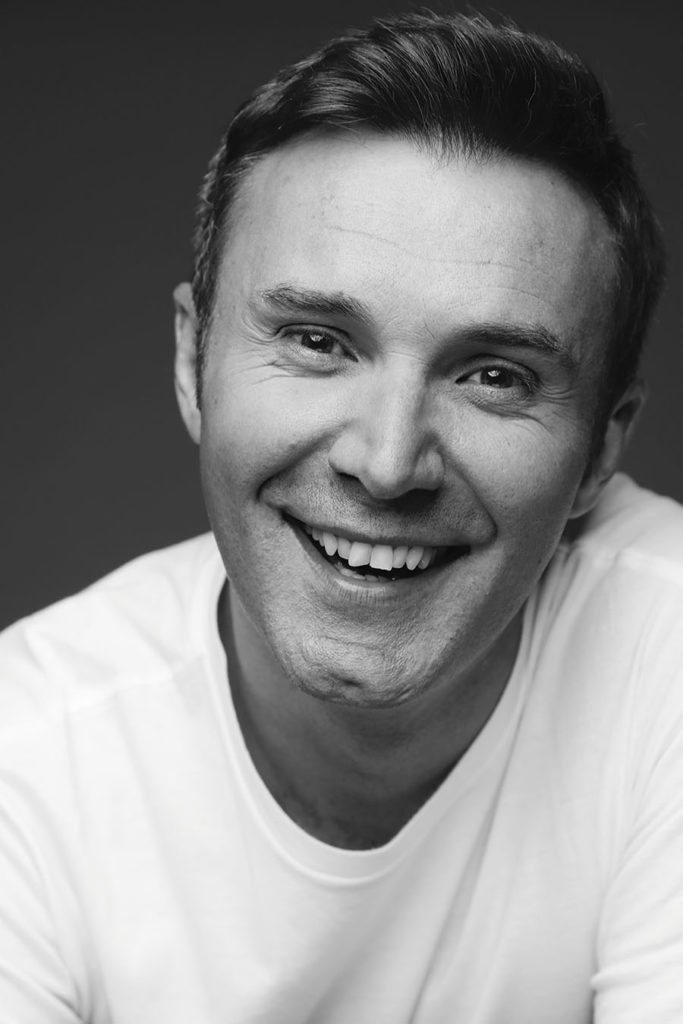 Jonathan was raised in Stoke-on-Trent. Now an established artist in the entertainment industry, his first stage appearance was in a Stoke Amateur Operatic Society production of Hans Christian Andersen, playing opposite Robbie Williams. Years later, he would perform at Robbie’s Royal Albert Hall concert as well as on the highly acclaimed singer’s Close Encounters World Tour.

At the age of 17, Jonathan won the prestigious Cameron Mackintosh Young Entertainer of the Year Award. He then became the youngest ever entertainer to headline his own show in Blackpool, which became a huge success.

Jonathan wrote and recorded material for his album with songwriters such as Guy Chambers, Bryan Adams and Elliot Kennedy. His debut single, Just Another Day hit the Top 5 in 18 countries worldwide.

Jonathan’s TV credits include presenting You’ve Been Framed and Love On A Saturday Night. He was able to live out his childhood dream of being a professional footballer when he captained the celebrity team for Sky One’s show The Match. He also co-founded Soccer Aid in 2006, which continues to be a huge success to this day, raising millions of pounds for UNICEF. In addition, he reported for Sky One’s All *Star Cup (a competition which saw celebrities from Europe and America go head to head in a live golfing event).

Having played major roles in various West End musicals (including The Rocky Horror Show, Grease, Tommy and Chicago) as well as several pantomimes, Jonathan is ready to pass on his unique experiences to the next generation. He now has a new passion, along with his wife Nikki (who has enjoyed very successful careers in dance and choreography spanning two decades): their Performing Arts Academies. These are located in Stoke-on-Trent, Swindon and Milton Keynes and enable Jonny and Nikki to offer their expertise to children from the ages of 5 to 16+.

September 2013 sees Jonathan take on his biggest role yet as he and Nikki join their partner Suzanne Mole to open up a full time Performing Arts College.

All of the above achievements would not have been possible if it wasn’t for the love and support of Jonathan’s family, especially his beautiful wife and business partner, Nikki and their amazing son Mickey.