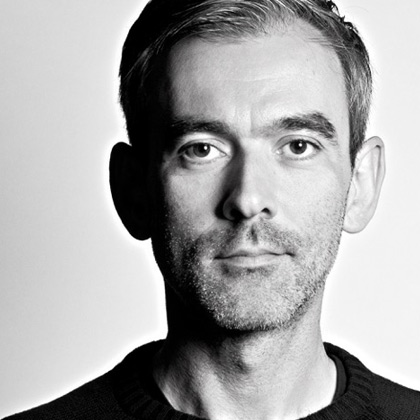 Since graduating from Lancaster University, first with a BMus (Hons) and then an MPhil degree in the 1990’s, Pete Faint has been working consistently as a musician for more than two decades in a vast array of genres and styles, from pop to classical to musical theatre. He is a highly regarded pianist, keyboard player, accompanist, arranger, composer, author, musical director, band leader and vocal coach and has considerable experience as a theatre producer, studio producer, engineer and conductor.

At the same time he works extensively throughout the UK as musical director and band leader for Jonathan Wilkes in corporate shows, charity balls and theatre shows. He is also widely regarded as the world authority on Dance Band leader and theatrical entrepreneur Jack Hylton. He created the extensive official Jack Hylton website, wrote the definitive biography on Hylton in 2014, and in 2015 produced his own Hylton theatre show, featuring a 20-piece recreation of Hylton’s 1930’s orchestra, to unprecedented commercial and critical acclaim. Pete appeared on the BBC documentary Len Goodman’s Dance Band Days talking about Hylton and was advisor for the TV dramas Eric & Ernie and Shirley, where Hylton was referenced. He also supplied Hylton music for two episodes of Downton Abbey.

Before his move to Wiltshire, Pete ran a commercial recording studio in Manchester and Bolton for ten years and produced albums on his own label for many singers, in styles ranging from hip-hop and country to rock and classical to jazz and pop, including considerable arrangement credits, string orchestra arrangements, scoring and mentoring of new artists. He also created a successful 17-piece big band in the North West, the Well Swung Big Band, where he first worked with Jonathan Wilkes.

Pete’s teaching credits include periods working at guest MD and vocal coach at Tring Park School for the Performing Arts, The Hammond School in Chester, Liverpool Theatre School and for many years as Lecturer in Music Theatre at The University of Central Lancashire in Preston. This work led to Pete producing two hugely successful albums of vocal warm ups which are still available on iTunes.

As well as this, Pete spent five years as director and musical supervisor for Veritas Entertainment, and was instrumental in setting up many of their shows which still entertain audiences around the world to this day. He also worked as musical director on their live shows throughout the UK.

Pete has performed with the Halle Orchestra and the Ulster Orchestra, most recently on a televised concert in Northern Ireland in 2015. Pete’s other credits include keyboard deps for countless touring shows, composing credits for an Edinburgh Fringe show and two stints as musical director for Joe Longthorne (including a number of DVDs, a live CD, TV performances both in the UK and Australia, two summer seasons and an Australian tour).