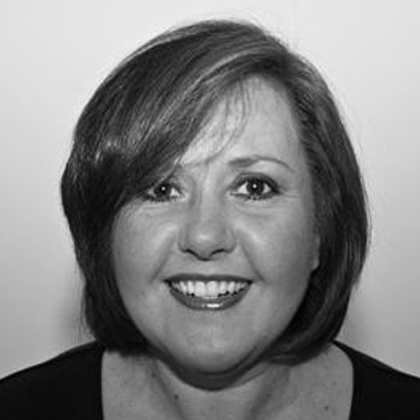 Sarah’s professional training was at Bush Davies Schools, in East Grinstead where she studied Ballet, Modern Theatre, Tap and National Dance through to Advanced 2 and Associate.

She also attained Advanced 2 RAD. Sarah then went on to gain her Licentiate in Ballet, Modern and Tap. Shortly after completing her Fellowship in Modern and Tap.

In 1989 she opened her own school, The Swindon Academy of Dance at which she remains as Principal. The school became an Approved Dance Centre, offering DDI and DDE teaching qualifications.

Her school has been extremely successful in the major ISTD competitions – The Janet Cram, The Marjorie Davies Star Tap, The Imperial Ballet and the Grandison Clark Awards – as well as the RAD Genee Award.

She was proudly presented with the Alison Willet Award in 2001 for outstanding choreography in the Group Section at the Star Tap Award.

Sarah is a Modern Theatre and Tap Examiner with the ISTD.

Swindon Academy students have achieved numerous success at the All England Dance National Finals and as part of the exclusive England Team at the Dance World Cup Finals.