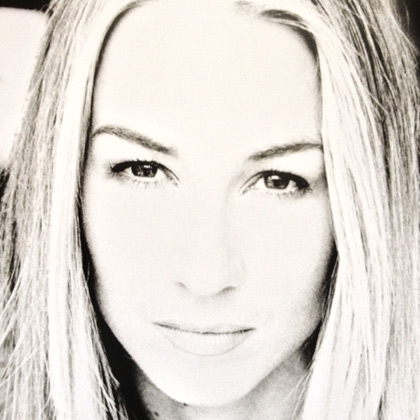 Tina trained for 3 years at London Studio Centre, specialising in Jazz/ Pop/Street Dance and then chose to head into the commercial/ TV dance scene.She had a very successful career as one of the top commercial dancers,touring with bands such as Take That, East 17, Louise, Billie Piper, Steps andperformed in concerts, on numerous tv shows, and on music award shows withartists such as Beyonce, Destiny’s Child, Jay Z, Tom Jones, Kylie, and Robbie Williams.

Tina also had great success in the fashion world performing in shows for suchbrands as Adidas, Nike, Converse, Levi’s, and Top Shop, in countless underwearshows, bridal shows, fashion and ski shows and appeared many times at TheClothes Show Live. She also appeared in many pop videos, such as Tom Jones‘Sex Bomb’, and permanently frequented the music tv shows such as Top of The Pops, Pepsi Chart Show, SMTV, CDUK, MTV Awards, Brit Awards, MOBO Awards, Children In Need and The Royal Variety Show.

Having assisted many of the top choreographers, Tina’s natural progressionwas into choreography, which she began with Louise’s Tour, MTV Awards,Fashion Rocks, and Car Shows for BMW and Porsche. She then continuedchoreographing many Fashion Shows for such brands as Cosmopolitanmagazine, Esprit, and Firetrap, many TV shows such as The One Show, LetsDance for Comic & Sports Relief, Top Gear, Blue Peter and Sadie J, filmpremieres, and conferences for such brands as Google and 3 Mobile. She alsochoreographed for various artists such as Kelis, Lionel Ritchie, CharlotteChurch, Kelly Rowland and Wyclef.